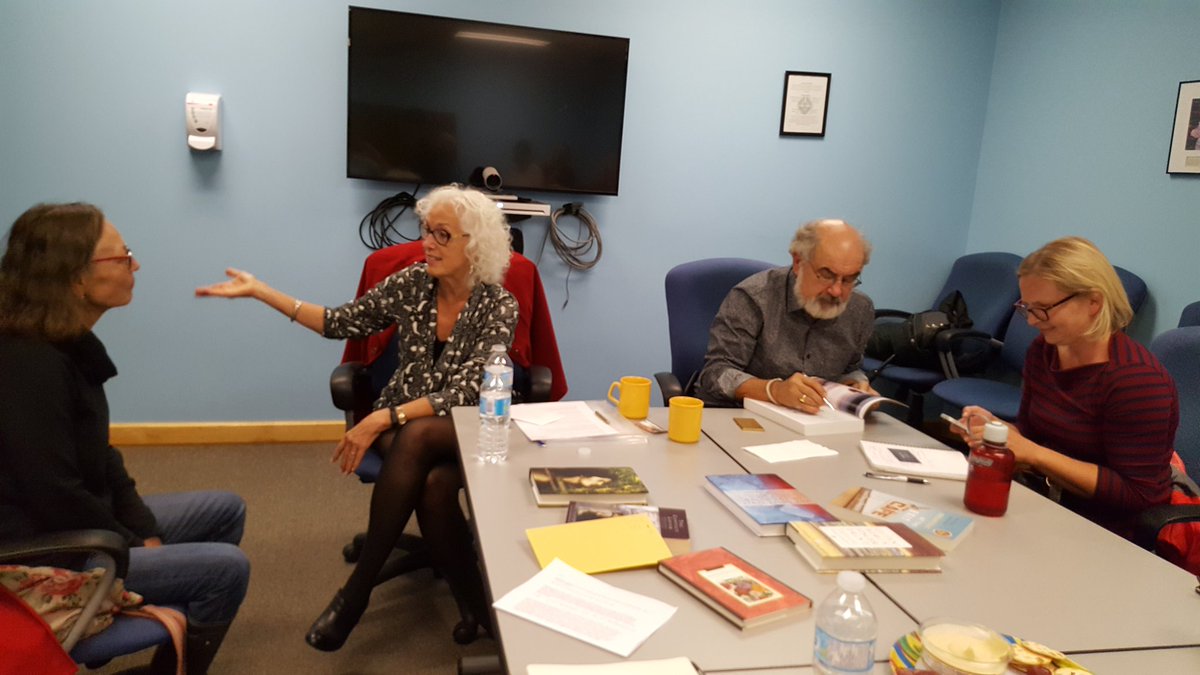 Merilyn Simonds and Wayne Grady (centre) answer questions and sign books after their presentation at the October 11 twig gathering.

Sharing a room with Wayne and Merilyn, two of Canada’s top literary talents and guests at our October 11 meeting, I gladly opened my mind to learn how to be a better editor.

Kingston-based authors and life partners Wayne Grady and Merilyn Simonds have between them penned more than thirty fiction and non-fiction works for adults and young readers. Over the span of forty years, their writing has been published by giants Doubleday Canada, Macfarlane Walter & Ross, McClelland & Stewart, and others, and sold around the world. Wayne is also an award-winning translator. I would list their accumulated awards and accolades here—but they won’t all fit.

At the Editors Kingston October gathering, they offered us an intimate peek into their lives as writers, touching upon why they value good editors and what qualities they look for in them; they’ve worked with some of the best—Ellen Seligman, Jan Walter, and Nita Pronovost, to name a few. Merilyn’s opening remarks were well received by the company of sharp eyes and tuned ears: “To me, editors are essential. I rely on editors to pull me out of creating to remind me what I’m doing.”

Writers, she said, are so involved in the process of creating that they often don’t have room in their mind to be keenly aware of correctness, clarity, and consistency. Merilyn’s message served to remind that a writer has a starkly different job than an editor’s—writers are responsible for creation; editors, for editing. Merilyn said, “The best editors don’t have opinions but rather help a writer with her vision.” She added that every writer has different needs—that a good editor can still be the wrong one. (Indeed, she told one tale of trying to work with an editor who was so very wrong for the project at hand that many in the audience gasped audibly at some of the details.)

Her description of the almost superhuman dedication and work ethic of Ellen Seligman, with whom she worked on several books, confirmed all the stories any follower of Canadian publishing has heard. “She wouldn’t even give me Christmas Day off,” Merilyn chuckled. 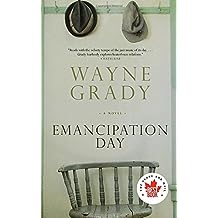 Wayne began his portion of the night by recounting his experience working with editors on his acclaimed debut novel, Emancipation Day, published in 2013 by Doubleday Canada. His inspiration for the novel arrived after learning the startling truth about his family: his father was black, and perhaps didn’t want his family to know. Having decided to fictionalize the story, Wayne, who until then had been a non-fiction writer, found himself unable to know where to draw the line. The novel’s first draft almost reached a thousand pages and encompassed a story told over a century. It even featured a cameo of “Victor Hugo in Vietnam.” Wayne knew he needed help to focus it. He finally found that help when Nita Pronovost read the manuscript and promptly ticked off three specific areas that needed his attention in order for it to work.

“The ability not only to see what is wrong with the book but also to tell you specifically what is wrong is worth an editor’s weight in gold,” Wayne said. “An editor also should be able to read a book five times but read it each time as though it were the first.”

Emancipation Day ended up a novel of 336 pages that focuses on the story of a complicated love between a black musician passing as white, his wife, and his father. It was long-listed for the Scotiabank Giller Prize in 2013 and claimed the 2013 Amazon.ca First Novel Award.

Coming Up Next: Editing Indigenous Texts, with Rick Revelle

For our next gathering, on November 8, we’ll be hosting indigenous writer Rick Revelle, who authored the bestselling YA books I Am Algonquin (2013), Algonquin Spring (2015), and Algonquin Sunset (2017), published by Dundurn Press. He’ll be sharing with us his experiences, including working with non-indigenous editors.

On Saturday, November 8, Adrienne Montgomerie will be teaching our Fall Seminar, Make MS Word work for YOU. Bring a laptop and join in as she shows how editors can get the best out of Word so that they can focus on more meaningful tasks.

For more information, see this post or email Elizabeth: elizabeth@danjou.ca.